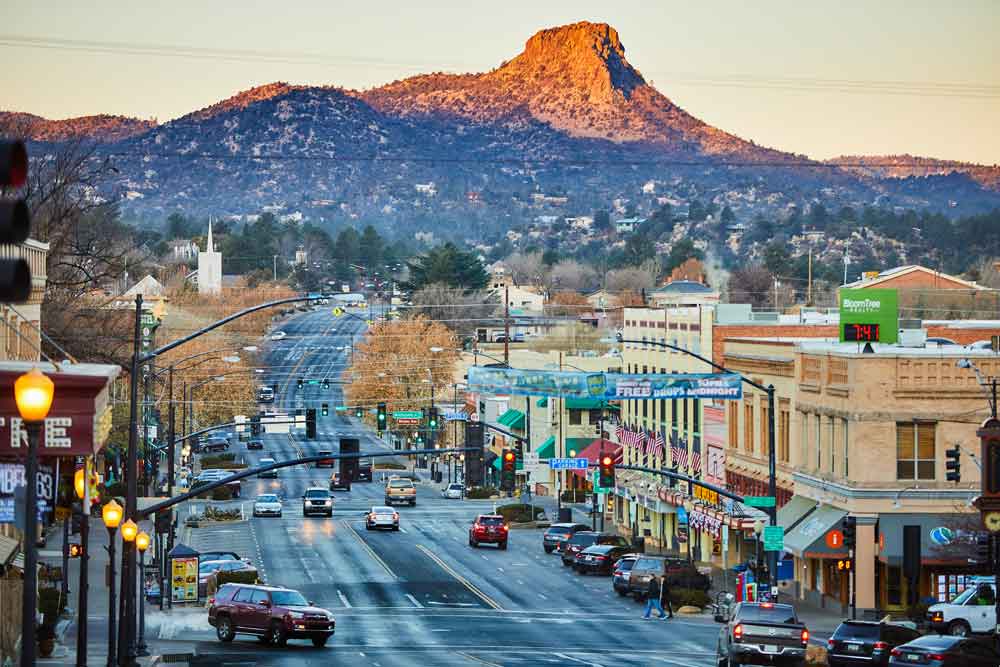 “While the twinkling lights of bigger cities like Phoenix, Scottsdale and Tucson may be tempting destinations, Arizona is home to many a small wonder as well,” TravelMag said.

Prescott is just 30 minutes outside of Talking Rock, a private master-planned community which has earned its long-held reputation as the place for “the good life” that includes easy access to Prescott as well as amenities and activities inside the community.

“Hugged by pine forests at a cooling elevation of over 5,000 feet above sea level, Prescott offers a mix of outdoor adventure and historic charm,” TravelMag said. “With its 1.25 million acres of National Forest, three lakes, and a bounty of parks and trails, it’s no wonder why Expedia hailed the former territorial capital the Best Arizona Destination for Nature Lovers.”

TravelMag recommends visitors “get a taste of the area’s founding Gold Rush and cowboy culture in Whiskey Row, aptly named for its many saloons (a total of 40 at one point). Now, shops, galleries and eateries intermingle with historic and up-and-coming whiskey holes.”

But perhaps Christmas is the time of year Prescott’s charm reaches its peak.

“Bedazzling with its lights, ‘Arizona’s Christmas City’ hosts a crowd-drawing Christmas parade and celebratory lighting of the neo-classical county courthouse. Bundle-up, sip cocoa and give into the child-like sense of wonder the season inspires.”

Thirty minutes outside of Prescott, this private, guard-gated master-planned community offers a variety of home sites and new customized homes, whether you want to live on the golf course or adjacent to Arizona State Trust Land. Home sites are ½ to 10-acres in size, and ready-to-move-in homes are also available.