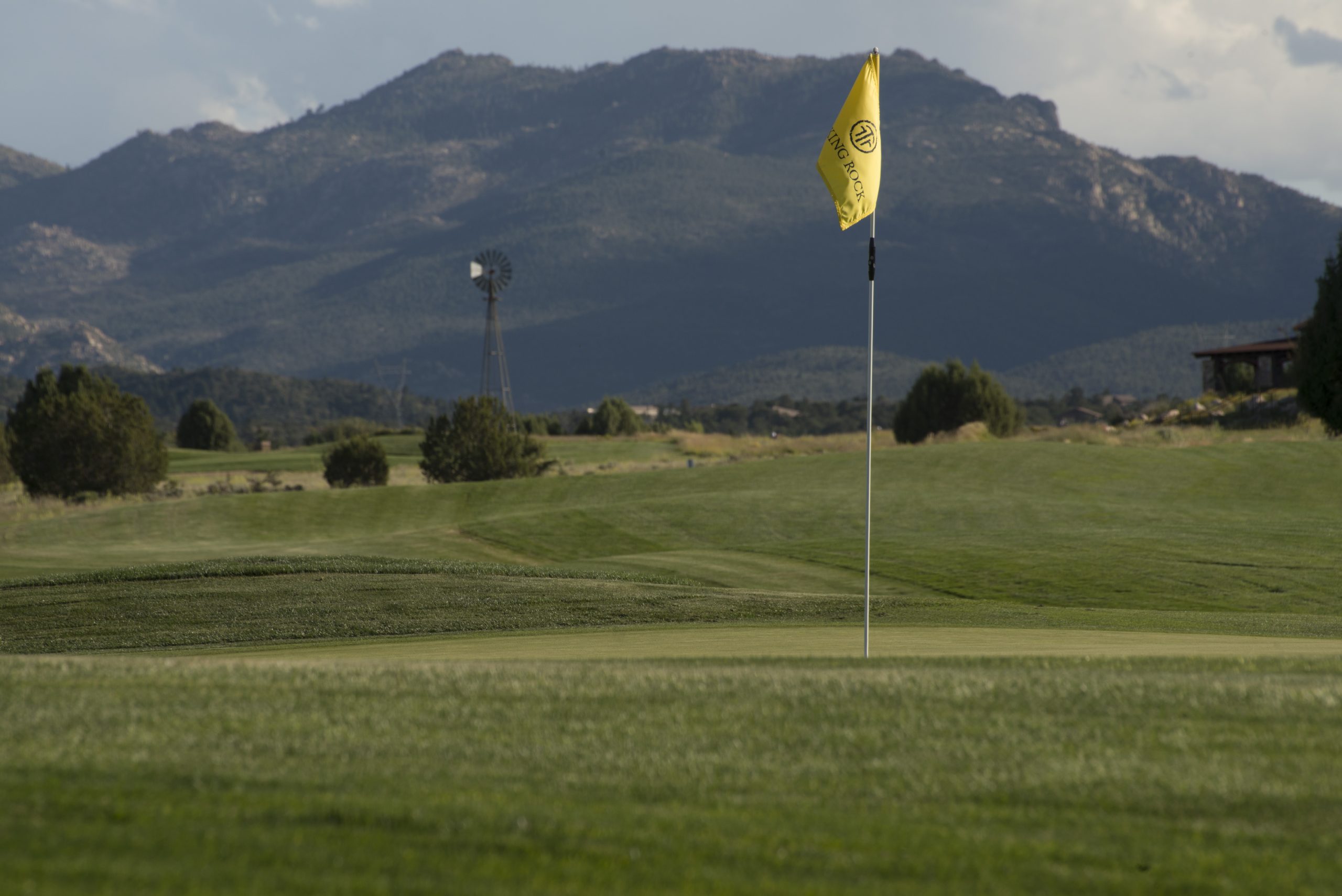 On April 24, Connie Beal, a member of Talking Rock since 2005, recorded her third hole-in-one on the Talking Rock Jay Morrish Championship Golf Course. The ace was recorded on Hole 3 (130 yards) and she used a seven wood. Even more amazing, this was Connie’s first full round back since breaking her ankle in December. Although Connie has been golfing for a while, she didn’t become truly invested in the sport until she moved to Talking Rock and was able to play whenever she pleased.

“I love playing on the Talking Rock course. Having the chance to play on a course that is incredibly well-maintained, with beautiful views and weather that allows for playing year-round is amazing,” she shared.

But that wasn’t Connie’s first hole-in-one, she’s actually had four! Connie’s first-ever hole-in-one was in the mid-1990s on the Mauna Lani Golf Course when she was vacationing in Hawaii. The other three all happened at Talking Rock and include some amazing coincidences. Her first at Talking Rock was recorded on July 7 on hole seven with a seven iron. The second happened on March 3 on hole three, this time shot with a five wood.

The probability of getting a hole-in-one on a par three is 12,500 to one (according to PGA statistics), so the fact that she, as an amateur, has done this four times is incredible. Not only has Connie recorded this statistic, but her late father recorded a hole-in-one three times. If the odds aren’t enough, think about it this way, 25-year-old pro golfer Bryson DeChambeau, who one can assume has been playing golf nearly his whole life, just recorded his first ever hole-in-one at this year’s Master’s Tournament.

When asking Connie if she had any advice for new golfers or for golfers who have yet to land their first ace she said, “In regard to getting a hole-in-one, it’s a little skill and a lot of luck. A lot of luck.”

Connie and her spouse are also members of the Troon Privé Program. Being a part of this program gives them the opportunity to play on all of Troon’s amazing courses. Connie mentioned that it is difficult to pick a favorite course because they’ve had the chance to play on so many beautiful courses like Blackstone, Rio Verde and The Boulders. Connie also enjoys always being able to play a few rounds with her friends that live in Prescott.