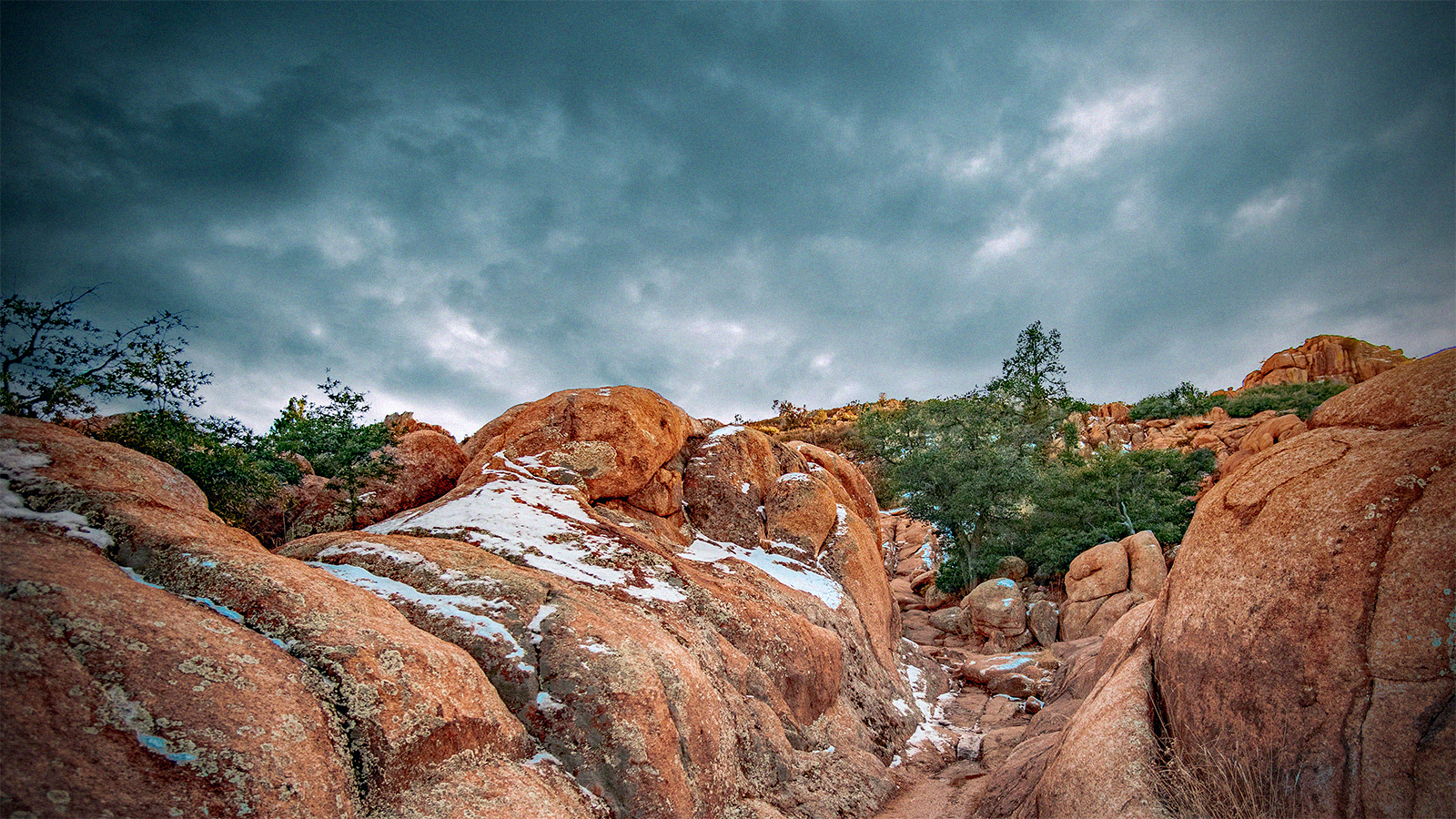 The Beauty of a Prescott Winter

Home | Blog | The Beauty of a Prescott Winter

The Beauty of a Prescott Winter

The mornings have moved from cool to cold. And time spent in the sun lately is coveted for warmth, instead of avoided for heat, like it is in the summer. The seasons are changing at Talking Rock, an exclusive golf community in Prescott, Arizona. And we’re ready to celebrate all the joys that come with that transition.

The colorful leaves that still have to fall are hanging on for a few more days, while the evergreens are holding steady, preparing for the possibility of snow — a visual spectacle as the desert surrenders to an occasional but picturesque dusting.

Prescott is most aptly described as mild, enjoying a climate that doesn’t get too hot and doesn’t get too cold. Highs in the winter hover in the 50s, while lows dip to the 20s, offering just enough of a chill to inspire Talking Rock residents to reach for a snuggly blanket or appreciate the heat offered by their fireplaces.

Even the coldest days, though, are likely sunny. Prescott, at about 5,000 feet in elevation, averages 277 days of sunshine each year. It’s that gift of sunshine that allows Talking Rock residents to explore the outdoors throughout the year, even when they need to zip up a puffer or pull on a knit beanie.

Exploring, even in the winter, is almost mandatory in Prescott, a town designated as Arizona’s official Christmas City in 1989. From the iconic annual lighting of the Prescott Courthouse to witnessing the magic of a snow-covered Granite Dells, this quaint community does not lack for festive charm.

To explore the beauty of a Prescott winter, consider a Discovery Experience at Talking Rock. Connect with one of our real estate team members to check for availability.