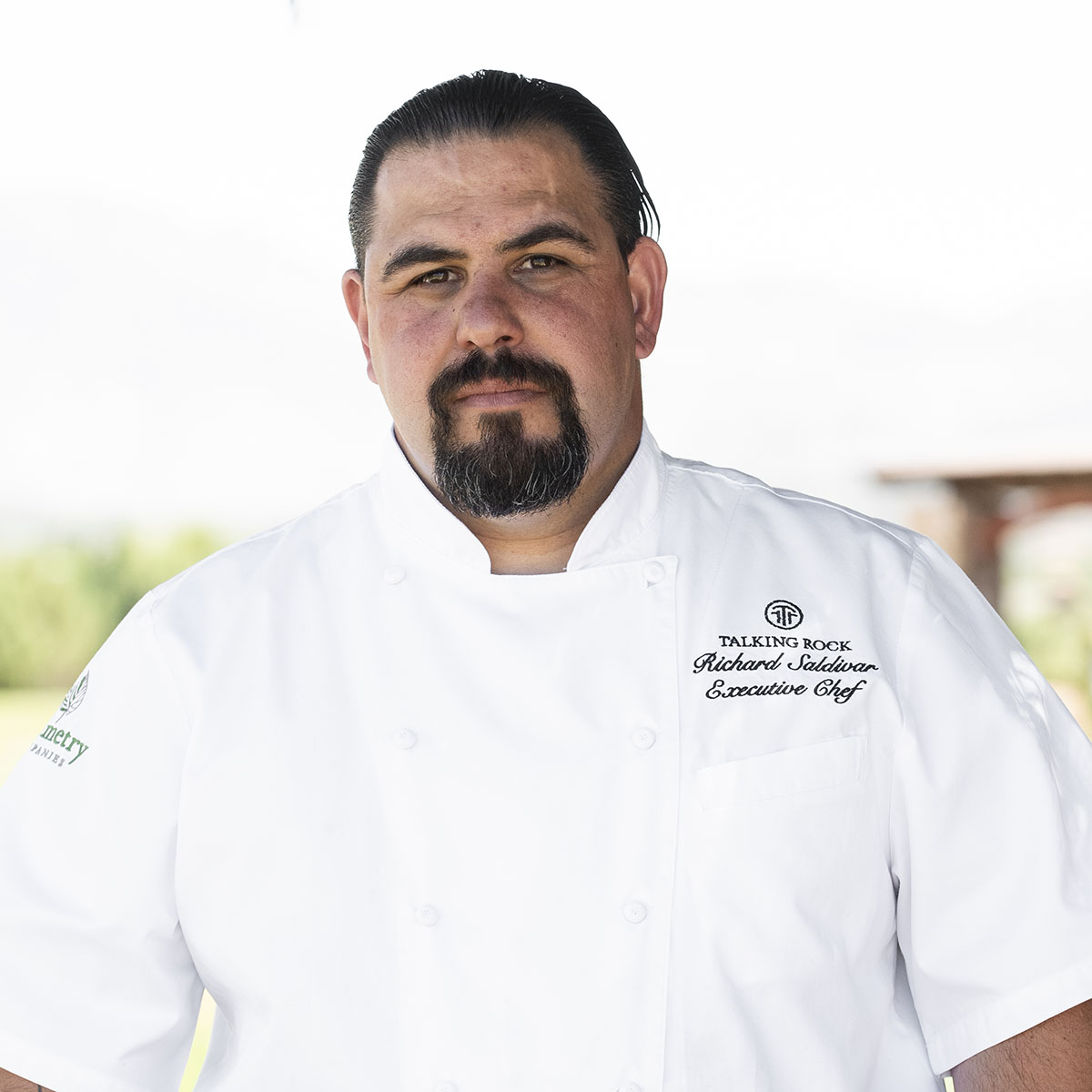 Richard Saldivar started in the Hospitality/Culinary Industry as a young boy at the age of 9 years old, working side by side with his father, also a Chef and now Vice President of the Calamigos Ranch in prestigious Malibu, California. As part of the Calamigos Ranch family, Richard worked at Calamigos Ranch until High School graduation. While there he had the opportunity to work and serve some of the best entertainment stars known in the entertainment industry, such as Jay Leno, Willie Nelson, Michael Landon, Gypsy King, Ziggy, and Rita Marley just to name a few.

It was not long, that he captured the eye of Wolfgang Puck, who after Richard graduated from High School, personally received a recommendation from him to attend the Scottsdale Culinary Art School, where he was trained in Classical French Cuisine.  Richard has always had a passion for food and loves the creative aspect of food and its preparation. He has noticed over the years that well-prepared food that excites the senses, makes people very happy.

He eventually was able to open his own restaurant and piano bar in Malibu at the pier, did very well until the recession hit and, like most folks in the Culinary Industry at that time, lost the restaurant due to the economic downturn of the nation.

Richard has served in Golf Clubs in Nevada, Arizona, and California, where he has embraced many food styles, such as French, Authentic Mexican, American, Italian, and any cuisine where his expressive juices can flow.  He looks for staple food dishes of any style and adds his own unique flair with common and uncommon ingredients, to provide a unique and exciting dining experience for the patron.

Richard’s hobbies, when not creating exquisite food, include spending time with the ones he loves whether it be family or close friends, street and off-road motorcycle riding, hiking the trails and hills of Prescott, Arizona where he currently resides, traveling to different countries and states within the United States to experience the different culinary tastes and expressions they have to offer.